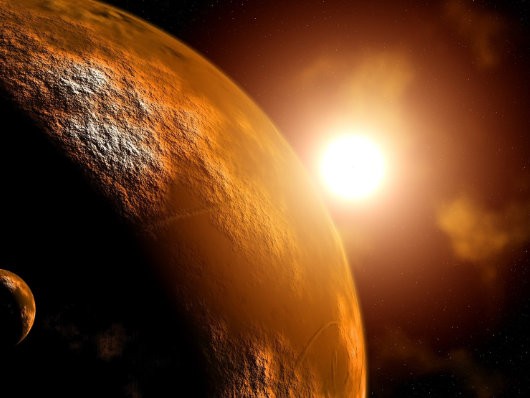 2015 will go down as the year that US space agency NASA brought us the most detailed view of Pluto yet. And in just 15 years time, according to plans already in place, NASA will conduct a manned mission to Mars, which could answer the age-old question of whether there is life on other planets. However, as Mars is approximately 225,300,000 km from the Earth, getting there is no mean feat and will need to be done in stages. Fortunately, through robotic probes and experimentation carried out on the International Space Station, this process has already begun.

The Next Step to Mars

The next stage on the journey to Mars is to capture an asteroid. Technically, this will be part of a multi-ton boulder broken off an asteroid during a robotic mission called ARM (Asteroid Redirect Mission). Choosing a suitable asteroid is the first part of this process and, in looking for a suitable candidate, NASA has discovered over 1,000 new near-Earth objects. So far the agency has narrowed down the choice to four possibilities, based on velocity, orbit, size and spin. Once the asteroid is chosen, a piece broken off and put into orbit around the moon, it will become a testing ground for the technology required for the mission to Mars.

The use of robots is nothing new in the attempt to reach Mars. In fact, robotic missions have been landing on Mars for nearly 40 years. They have already made amazing discoveries, including the fact that snow falls there, the highest temperature is -19.6C, the lowest -97.7 and there is a substance there called Perchorate, from which microbes can obtain energy.

These discoveries were made by the Phoenix Mars Lander in 2008. Its aim was to assess the climate and geology, and to prepare for human exploration. Landing in the Northern Arctic plain, it studied water, ice and soil in this region. An important part of the rover was the Microscopy, Electrochemistry and Conductivity Analyser (MECA), which conducted important experiments on the surface of Mars.

The MECA's main purpose was to characterise Mars' soil by subjecting it to a series of tests. Some involved mixing the soil with other materials and one involved studying samples with a microscope that could magnify images to 10 nanometers, which was the smallest ever on Mars. The samples were moved through each of these sets of experiments by a stepper motor created by Arun Microelectronics Ltd, which was designed specifically to work in ultra-high vacuum conditions. Additionally, by reducing the mechanical complexity of the units, avoiding metal-to-metal sliding surfaces and ensuring they had low outgassing characteristics, AML was able to ensure the stepper motor was suitable for sensitive handling applications.

NASA's plans to put a human being on Mars during the 2030s, by capturing an asteroid on which to experiment, are huge and exciting but they would not be possible without precise engineering and experimentation here on Earth.

To find out how AML can fulfil your Ultra High Vacuum equipment requirements call 01903 884141 or email sales@arunmicro.com.